Focusing on big sounds and the spaces in between, VIKINGS’ music is equal parts dance-worthy and expansive synth trip. Their songs are filled with layers, heavy drums and catchy vocals – propelling their audiences along for a helluva party.

Having built a core of fans around big festival shows, the band entered the studio in 2016 to work on a new album. Out came the Animal Kingdom EP, and a full-length coming later this fall.

Vikings features the earworm vocals of Josh Youngson, long ago punk singer now pop crowd-mover. He is flanked by two brothers – Dave and James McNabb, each manning a bastion of synths. Luke Janzen (drums) adds the foundation, taking Vikings out of the box and onto the dance floor. 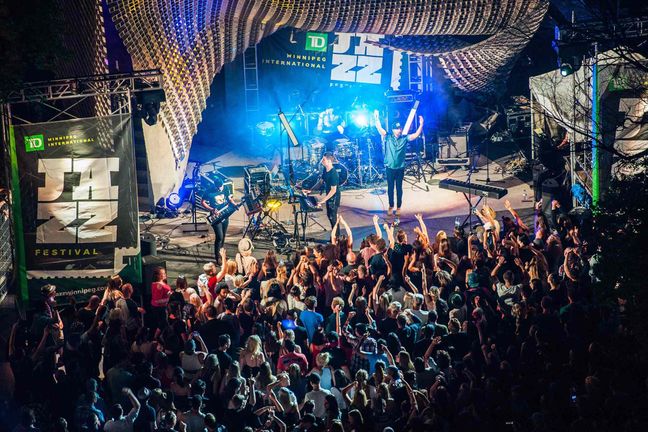